Gold Continues to Pull Back as Stock Market Continues Climb

Gold Continues to Pull Back, but Has Positive Long Term Prospects

Some Wall Street analysts are warning now that the market is overvalued and heading towards a reverse. Part of the overvaluation is coming from investors who had anticipated a low rate environment for longer. The markets are heading into the later stages of an 8 year business cycle, but the market is performing as if coming out of a recession. No matter how business-friendly Trump’s economic policies are going to be, a market reversal is likely inevitable at this stage.

What this means for investors: The market rally is negatively impacting gold and silver. Gold is still up over 10% for the year, however. For investors who want gold for its long term value preservation, this is a perfect buying opportunity. Gold, in a sense, is “on sale” when prices dip like this. When gold was over $1,900 in 2011, buyers flocked to metals, and are now waiting for prices to climb back up. Buying when prices are low is strategically a better value. Investors are going to start fleeing from stocks and equity to cash and gold as the current market rally begins to top out.

Monetary Policy from the U.S. and Europe Hitting Gold This Week 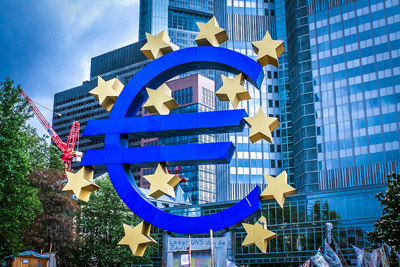 The Federal Reserve is most likely preparing to raise interest rates next week to a target range of 0.5 – 0.75 %. The last time the Fed raised rates was almost exactly a year ago to the day. The Fed’s inflation target of 2% is still not quite there, and with the prospect of Congress cutting taxes next year and increasing monetary stimulus, it is likely inflation is going to increase significantly. Fed chair Janet Yellen has been consistently saying since June that low interest rates are only “moderately juicing the economy.”

Across the Atlantic, the European Central Bank announced a continuation of quantitative easing, but at a gradually slower pace. The euro fell in strength against the dollar, and the dollar’s strength in turn had a negative impact on gold.

Italy’s referendum over the weekend could play a significant role on the strength of the Eurozone in the future and lead to more economic crisis in the EU. It was an overwhelming “No” result, and seen as a vote against the establishment. Prime Minister Matteo Renzi is resigning, as he promised he would in the event his referendum failed. The upcoming snap election might likely lead to a rise in the anti-Establishment Five Star movement, and recent talk of an Italian referendum on EU membership could be realized.

What this means for investors: Gold is retreating right now due to the strength of the dollar. A prospective rate increase is also subduing prices, since gold is a non-interest bearing asset. If the Euro heads for another political and economic crisis like Brexit earlier this year, safe haven demand will boost metals. 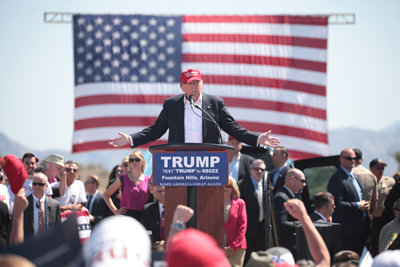 Trump promised drastic change if elected, and certainly in fiscal policy that is the course he is setting. Steve Mnuchin, the Secretary of Treasury pick, stated this week that Americans can expect the “largest tax change since Reagan” with tax slashes to corporate, income, and estate tax. Trump has also pledged a Keynesian style $1 trillion stimulus on infrastructure spending. Some analysts whether such a stimulus is prudent after a 7-year recovery cycle has already been playing out. The greater concern, however, is how a government already nearly $20 trillion in debt can afford such a spending spree without serious repercussions. Regardless of the stimulating effect, inflation rates will soar.

Oil prices are worth paying attention to as well. Oil prices have been up 14% in recent weeks. Higher oil prices can also contribute to boosting inflation. They can also restrict economic growth, however, which would turn investors back to safe haven precious metals.

What this means for investors: Nearly all the charts had gold set to skyrocket if Trump was elected. The opposite happened, however, in the weeks after the election. This is going to be a short-term price retreat. Expect prices to go climb when the new administration’s fiscal policy sets in and stokes inflation.

Gold is going to experience a surge in demand from a new source. This week the Accounting and Auditing Organization for Islamic Financial Institutions and the World Gold Council approved a new gold standard specifically designed for compliance with Shariah Law (law derived from the Koran). The CEO of the World Gold Council announced it was “groundbreaking,” since the world of Islamic finance has had little to no exposure to precious metals previously. There has been lack of clarity up until now about how gold investing complied with Islamic rules on investing.

What this means for investors: The world of Islamic finance is valued at over a $2 trillion industry. Demand for gold is going to go up in a global financial sector where it was previously almost nonexistent. This will give prices a boost.

Gold Continues to Pull Back, but Has Positive Long Term Prospects

Monetary Policy from the U.S. and Europe Hitting Gold This Week