The Life Cycle of a Gold Mine 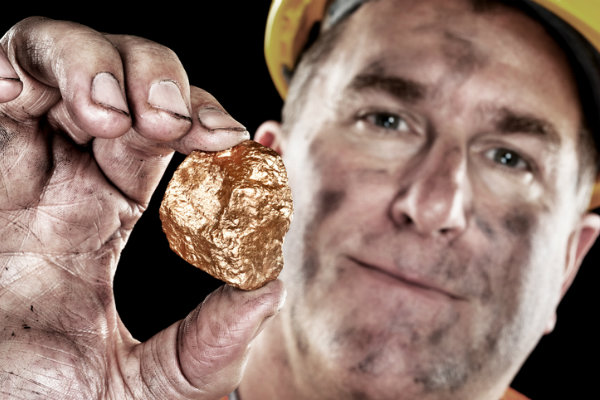 Humans have been mining gold for around 7,000  years, according to archaeologists. The valuable metal still takes a lot of effort to bring to market. It can take 10-20 years from the discovery of a gold deposit to the development of a mine. Production could last from several years to many decades.

Gold mines still have a lot of work to do. No one knows for sure how much gold is left underground, but one Goldman Sachs analyst says there’s enough to mine for the next 20 years. Here’s how gold mines get to that payoff.

How Does A Gold Mine Work?

Gold mining is a complicated process that can take years. It typically involves five steps, from discovery of a mining site to returning it to its natural state once mining is complete.

This step is challenging and extremely complex. Considerable time, money and expertise in everything from geography to geology, chemistry and engineering are needed. Interestingly, less than 0.1% of explored areas sites and just 10% of deposits will bring about a productive mine to justify development.

This logistical endeavor involves securing permits and licenses before construction can start. After approval, the mining company moves on to the planning and building of the mine as well as roads and associated buildings. This stage usually takes a few years, depending on where the site is located. The mining firm also needs to consider how it can provide long-term support for local communities.

Rock and ore are extracted and turned into a metallic alloy called doré, typically containing between 60-90% gold. If gold prices are high, low-grade ore is mined as higher prices help finance the higher costs of extracting and milling greater amounts of ore. However, when costs rise or the price of gold drops, the extraction and processing of higher-grade ores may be profitable.

When the ore body is depleted or the remaining deposit is unprofitable to continue to mine, the focus switches to decommissioning. Infrastructure must be dismantled and the land rehabilitated. The mining firm must monitor the mine site long after the mine has been closed to ensure there is no environmental damage.

After decommissioning, a mining company may manage the site for as long as 10 years. Mine owners must clean, replant and endure long-term environmental stability of the former mine site.

How is Gold Mined?

Although mining has become largely mechanized, there are several different techniques used around the world. Here are some of the most common.

How Long Does a Gold Mine Last?

A gold mine can operate from five to 30 years, and some are still going after many decades. The United States and South Africa each have two of the world’s 10 largest gold mines in terms of size of gold reserves, while the others are in Indonesia, Russia, Papua New Guinea, Chile, Australia and the Dominican Republic.

The South Deep gold mine in South Africa has the largest gold deposits in the world at 32.8 million ounces, and produced 157,100 ounces of gold in 2018. Operations began in 1961.

Where Is Gold Mined?

According to the World Gold Council, the leading global authority on the gold industry, the 2016 breakdown for production of newly-mined gold is as follows:

Large-scale production in the United States began in 1848, with the start of the California Gold Rush.

Arizona also has a rich history of gold mining. The most popular locations for prospecting are the Wickenburg Mountains, the Hassayampa River, the Cave Creek area, the Agua Fria River, the Bighorn Mountains, Prescott (Lynx Creek, Stanton), Rich Hill and Black Canyon City.

Despite the difficulties in finding and extracting the precious metal, gold retains its attraction as a safe haven for investment. When there’s uncertainty in stocks and other assets, including the dollar, gold is the only investment because you can trust as a store of value.

Connect with Republic Monetary Exchange to discuss your investment options with a knowledgeable precious metals expert. Call (602) 955-6500 today. And to learn more about gold and the latest developments in the industry, visit our Resource Center.