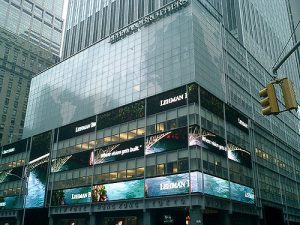 Deutsche Bank sent liquidity fears through the markets on Thursday reminiscent of the lead-up to the 2008 crash. The bank’s stock fell to all-time lows on Thursday on liquidity concerns as large funds began to withdraw excess cash and positions at Deutsche Bank. The bank, which is Germany’s biggest lender, was already suffering after the U.S. Department of Justice requested $14 billion a couple of weeks ago to settle an investigation into mortgage backed securities.

This is dangerous for the entire global financial network. Deutsche Bank is at the center of the European financial system and is heavily interconnected to banks across the world. Collapse would be systemic.

The bank has 42 trillion Euros in derivative exposure, which is more than double the entire EU GDP. Eventually the bank will have to do something. A “do nothing” scenario is no longer an option.

Initially, gold and silver rallied as fear and uncertainty set in among investors. On Friday, with talk of a possible DOJ deal and assurances (at the behest of Angela Merkel) from bank CEO John Cryan, stocks rallied again. Gold and silver held modest gains.

What this means for investors: A few weeks ago, Deutsche Bank made the news for another nefarious reason. The bank refused delivery of promised physical gold to investors.  Mainstream news sources flashed headlines about stocks closing the financial quarter on highs, despite the S&P and Dow having their worst month since January. Deutsche Bank is down 49% YTD, and a significant number of other banks in the U.S. and Europe have performed nearly as poorly.

Banks cannot guarantee your money is safe. When the algorithms fail, money disappears. Assets like gold and silver, however, do not disappear.

What Strategists are Saying about Deutsche Bank 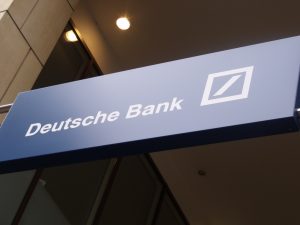 Most investment strategists are in agreement about the danger of Deutsche Bank’s situation. Jeff Gundlach of DoubleLine Capital is advising investors to “stay away from Deutsche Bank.”Gundlach named “bizarre monetary policy” as the main reason for the dismal financial sector performance this year. He believes a government bail out could still be a possibility. By EU regulation, member states are not allowed to bail out banks. Another strategist ,Paul Gambles at MBMG International, predicted in 2013 that the bank was approaching collapse, and only government intervention will save it now.

A bail out of Deutsche Bank would be political suicide for Angela Merkel though. Bank bail-outs in the EU are forbidden at least in theory to protect the average, tax-paying citizen. Merkel would lose faith with the German people if a Deutsche Bank bail out happened on her watch. Her center-right party, the Christian Democrats, recently lost in Berlin elections, and Merkel cannot afford to lose more faith with her constituents.

Stefan Muller, the CEO of a Frankfurt-based research company, believes government intervention is necessary. In his estimate, “something serious needs to happen.” The bank’s CEO, John Cryan, seems at a loss of what to do, despite his assurances that the bank has some cushion and is not in trouble. The financial and monetary systems have become deadlocked, and at this point, the bankers are merely prolonging the inevitable.

What this means for investors: How long can such a broken system stay propped up by bankers’ assurances that things are alright? Gundlach said the system is beyond analyzing anymore because of unprecedented policy and regulation. Deutsche Bank is extremely interconnected and has a huge derivatives book. If it does collapse, the contagion spread would be systematic. Gold will soar as a safe haven when the system does collapse. 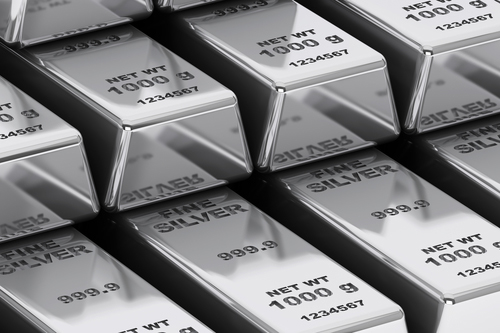 Silver closed out the quarter in the green. The metal spiked on the last couple trading days of the quarter. The Deutsche Bank concerns buoyed silver prices as well as gold. While gold pulled back slightly Friday though, silver stayed just under $20.

Silver did experience some choppiness as well during the week as investors adjusted ahead of the quarter end. High energy prices and volatility contributed to silver’s price support, however.

What this means for investors: Silver’s shining performance this year has not dimmed yet. Widespread economic uncertainty and volatility will continue to support the price. Silver is a cheaper alternative to gold for protecting wealth against banking crises, and is up more than 26% YTD.

Oil prices settled higher on Friday after a tentative deal among OPEC partners to cut production. There has been much dispute particularly between Iran and Saudi Arabia about production numbers. With sanctions lifted, Iran has been producing more, and Saudi Arabia – in an effort to maintain market share – also increased output. Crude prices have been dwindling because of output and inability of the OPEC countries to reach an amiable deal, but prices were shored up by the possibility of an accord this week.

What this means for investors: HSBC analysts think that the deal could help gold. Gold and oil often move in correlation, though it has been less so this year as gold emerged into a bull market.. More rallies in oil could lead to rallies across other commodities, including gold and silver.

What Strategists Are Saying about Deutsche Bank