With the 4th Behind Us, Let’s Look Back at Independence Day 1964…

The BBQs and fireworks are now behind us, and I hope everyone had a great time yesterday celebrating the birth of our great nation. Later in this post we will time travel to July 4th, 1964… (the good ol’ days). But for now, we need to stay focused on 2015 and all of the important gold market news. Let’s start with a recent regular to the Gold Market Discussion… Greece…

On Tuesday, we wrote a special mid- week blog in response to the Greek national debt default, the closure of Greek banks and the capital restrictions that have been imposed on Greek citizens. Greeks may withdraw only $68 per day and pension withdrawals are restricted to $120 per week. We have sounded the alarm for bankruptcy and default here in the USA by pointing out to you that Chicago, Detroit and Puerto Rico (and many other municipalities in the US) are bankrupt and cannot meet their debt obligations and pension payments.

These local governments, like Greece has done, are borrowing more money to meet debt and pension obligations. In other words, here in the US, bankrupt governments are following the Greek plan to financial ruin. Shout it from the rooftops– You cannot borrow your way out of debt.

How long will it be before severe capital controls are imposed on US citizens and your pension, 401k or IRA is restricted or “federalized” in the name of preserving a bankrupt debt system?

The DJTA is Sending a Message

On Monday, the DJIA dropped 350 points. This is the worst one day loss in two years and a warning of things to come. The DOW is now in negative return territory for 2015. More importantly, for those who look to prepare for the future, the Dow Jones Transportation Average has been declining for months. The DJTA is a reliable leading indicator for the direction of the economy and the broader markets in stocks. This downtrend indicator has been confirmed by the recent sell off in the DJ Industrial Average.  The Dow indicators are announcing in no uncertain terms: SELL. 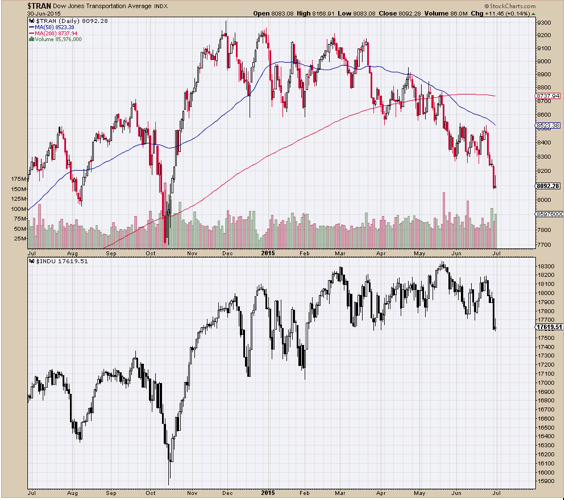 Demand for physical gold delivered from the Shanghai Gold Exchange (SGE) spiked to an all-time record high last week as the Chinese stock market crash continued. As of June 19, the SGE June deliveries totaled 54 tonnes of gold compared to roughly 30 tonnes for the same period last year. Unlike COMEX gold contracts, which are settled primarily in $USD, the SGE delivers only physical gold to settle contract demand.

Physical Gold demand in the west is surging as well. As reported in Bloomberg on June 29, “Most of our common gold coins are sold out,” Daniel Marburger, a director of Frankfurt-based CoinInvest, said by phone. “When people learned that the Greek banks will be closed, they started to think that it may not be such a bad idea to have some money in gold.” Significantly, Greece has ceased its sovereign gold coin sales and Spanish banks are no longer selling retail gold to the public.

US Mint Reports June Gold and Silver Sales Up Over 100%

The U.S. Mint sold 76,000 ounces of the gold 2015 American Eagle bullion coins were in June alone, compared to 21,500 ounces sold in May. This represents an increase in sales for the mint of over 253%.  June demand for 2015 US Mint Silver American Eagles was near five million ounces. This is about 8% of annual world production. 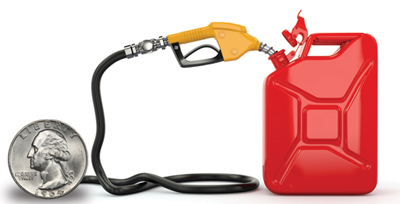 For your financial independence, call us today and speak with a precious metals expert to determine how best to preserve your hard earned money and safeguard your retirement assets.