Volatility: Welcome to the New Normal

VOLATILITY: WELCOME TO THE NEW NORMAL
This has been an exciting and eventful week for all financial markets. Exciting in the same way as the feeling you get in your gut when a roller coaster goes into free fall and you instinctively pray that the gondola won’t derail at the bottom. Arguably, the most important event of this week is the devaluation of the YUAN by the Peoples Bank of China (PBoC). As of this writing, the aggregate of the three official YUAN devaluations this week amounts to a 6.5% drop against the dollar. After the Tuesday overnight devaluation, the DJIA plunged 277 points on Wednesday only to recover that loss to close unchanged- a 544 point round trip! Are you comfortable with this kind of volatility?

Most of the mainstream financial press views this as an effort by the PBoC to maintain a steady parity range with the USD to stimulate the Chinese export economy in the face of seriously declining economic growth and the bursting of the Chinese speculative stock market bubble. This is the party line given by the PBoC in its official statements regarding the devaluation. 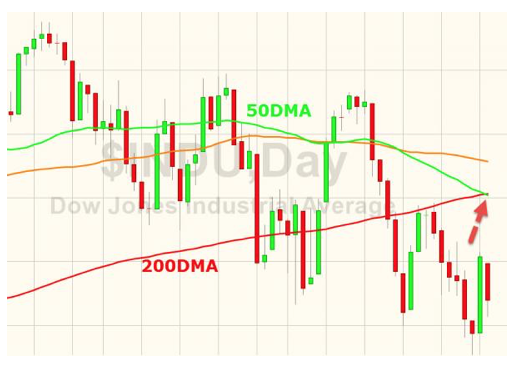 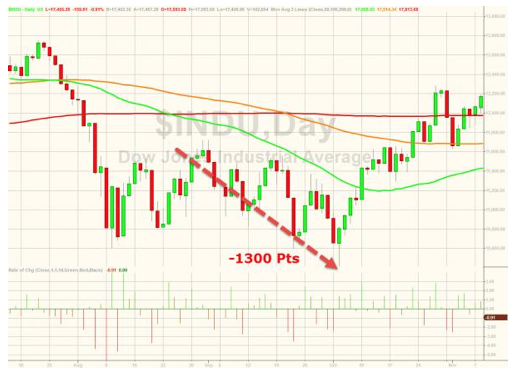 THE ELEPHANT IN THE ROOM

The US is in a recession, period. Industrial orders have declined for the eighth month in a row. That by economic definition is a recession. This is the elephant in the room that nobody wants to talk about. We are in a cycle of worldwide deflation and deflation always precedes inflation.

For Q2 S&P 500 companies have posted a 4% drop in revenues. Hit hardest are the commodity and energy companies. Revenue growth has been confined to a few large key companies and healthcare shows the largest gains, thanks to Obamacare.

This marks the second quarter of Year Over Year declines in revenues: something that has not occurred since the last recession in 2009. 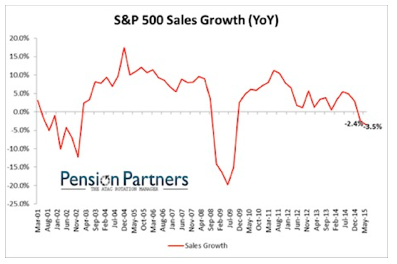 From ZeroHedge:
“Moreover, even earnings (which CAN be massaged to overstate growth) are showing signs of weakness.

Profit growth for the S&P 500 companies is at its weakest point since 2009. That’s because, in fact, there isn’t any profit growth.

GOLD AND SILVER PERFORMANCE DURING RECESSIONS
Commodity prices are hit early and hard in a recession. Since the market discounts the future, gold and silver prices have led this sector and are down substantially from their 2011 highs. During the last four recessions, gold increased in price, three times out of four and it barely dipped into the red during the recession of 2001. During the last four recessions the price of silver was up in price two times out of four.

The chart below shows the price performance of gold and silver during the last four recessions:

The table below shows the important details: 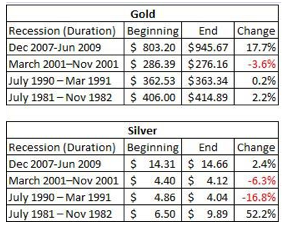 Putting it simply, based on the performance of gold in the last four recessions, your downside risk for gold from current price levels could be as little as 3.6%. In the most recent recession- Dec 2007 to Jun 2009 gold was up 17.7%.

Given the current risk inherent in paper assets- stocks, bonds and US Dollars the current risk/return ratio of holding assets in physical gold and silver is very attractive.

A FINAL WORD FROM MARTIN ARMSTRONG
In case you have never heard of Martin Armstrong, he is the founder of Princeton Economics and an internationally famous financial analyst and a consultant to banks and governments worldwide, including the Peoples Bank of China. He does not sell gold or any other product other than his economic research. Here is what Martin said about gold last week: “I have warned that if you are going to buy gold, make sure it is common date $20, $10, or a $5 gold coin since bullion is going to become a dirty word. As of April 1, 2015, Chase Bank in the U.S. is advising its clients who rent safe deposit boxes that they may not use a safe deposit box to store cash or gold. According to their new policy- “Contents of box: You agree not to store any cash or coins other than those found to have a collectible value.”
In other words, simply storing gold bullion or cash is now considered to be money laundering as you are hiding assets from the government. They will assume it is illegal gains, even if you can prove it is cash or gold you bought after paying taxes. Welcome to the new totalitarian world of government; you are merely a custodian of the government’s total wealth and are seen as their property. You should have gold coins that are collector’s items with common dates rather than modern produced bullion coins.”