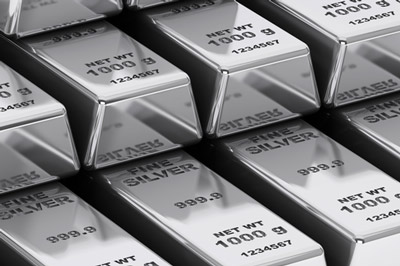 Silver prices soared along with gold through the week. By Thursday silver was at $18.76 hitting its highest mark in almost two years.

During the last half of the week, the stock market recovered some of its losses. Both global stocks and U.S. stock indexes were trading higher from Wednesday. On one hand this seems to indicate that investors overreacted initially to the Brexit referendum. However as Dennis Gartman pointed out on CNBC’s “Fast Money” on Wednesday, if not for the U.S. and Brazil markets performing, the global stock market as a whole would be down 20% for the year. More importantly, the German 10 year bund, which is the benchmark European government bond, is currently seeing negative yields. This seems to suggest that many Europeans are still seeing a threat to the survival of the EU in its current form. The Deutsche Bank – the euro’s power source – was the hardest hit by the Brexit “Leave” vote.

What this means for investors: Silver has outperformed gold this year. Silver typically rides gold’s coattails, but it is also influenced by industrial markets. Its strong performance this year suggests, however, that it is equally valuable as a safe haven against global uncertainty. If the stock market’s correction this week is temporary as many signs indicate, silver could be a lucrative, cheaper option for protecting one’s wealth. 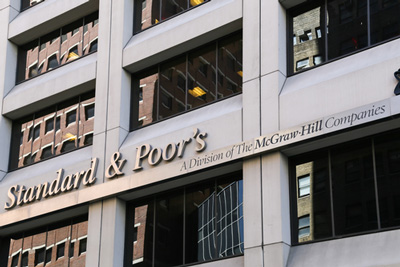 Gold prices have firmly held above $1,300 after getting a significant lift following the “Leave” vote on the British referendum on EU membership last week. The pound has fallen to 31-year lows with the euro taking a hit as well. Meanwhile the dollar strengthened on the plunging world currencies.

Standard & Poor’s cut the United Kingdom’s credit rating from AAA to AA this week after last Friday’s market upheaval. On Thursday they downgraded the European Union’s to AA as well down from AA+. They warned that the UK could face another slashing, since the vote means that there is “a less predictable, stable, and effective policy framework in the UK.”

What this means for investors: Analysts don’t know what to expect for Britain’s economic and political future. Many in Britain are still fighting to remain in the EU. Meanwhile British Prime Minister David Cameron has announced his resignation sparking vigorous debate and conjecture for who will take over the Tory leadership. The Opposition Labour Party is also wrought with inner-party turmoil and disagreement. Even if the Brexit does not go ahead, this uncertainty on the domestic political scene will make it difficult for the pound to bounce back from the hit it took. Gold will increasingly be seen as a safe haven.

What’s Next for Gold Bull Market after Brexit 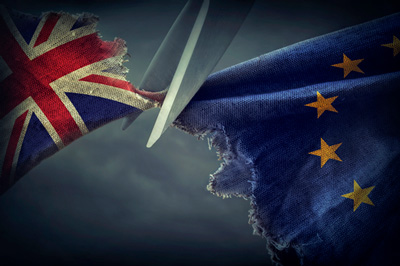 The Brexit vote was the beginning of what could be a mass upheaval of political and economic systems. It was a vote against the largest trading bloc in the world and the governance system that has arisen from it. Experts are saying that this is just the beginning of gold’s move. Scotland and Northern Ireland are increasingly showing signs that if the United Kingdom severs its EU ties, they will seek to sever their own ties with the UK and re-integrate with the EU. Former Federal Reserve Chairman Alan Greenspan said that if this continues to play out this way, we could expect a major bull market for gold.

Banks have also raised their gold bullion forecasts. Morgan Stanley and Goldman Sachs Group Inc. have both raised their predictions for the metal echoing the flight to safe haven that many other investors have already taken.

What this means for investors: This could be the calm before the storm. There are still many major and historic decisions to be decided about the future of the European Union and the nations that comprise the United Kingdom. Global markets will continue to waver under the strain of the uncertain future. The Brexit vote was a collective message of anger at a multinational governance system and that anger extends to the national government. It is not unique to Britain either. As populaces continue to question their government political systems (for better or worse), volatility will increase.

More Reasons Gold and Silver Will Continue to Go Up 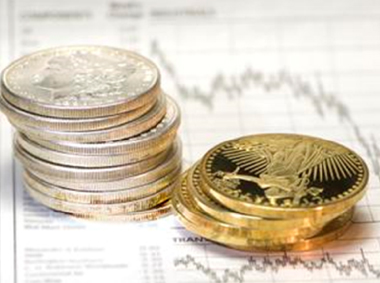 What other factors are influencing gold and the markets? The Brexit is the hot topic, but there are other macroeconomic trends worth paying attention to as well. The high levels of uncertainty about the future of the European economic union are being ignored at the moment before UK – EU negotiations kick off more aggressively and Great Britain decides on its political leadership.

There is a real recession fear among central banks. The Bank of England, Federal Reserve, and European Central Bank have promised to provide liquidity in the market when needed, which would mean lower interest rates for longer. The ECB is already in negative interest rate territory. The central banks have precious few options left though to provide this kind of liquidity they have promised. The devaluation of currencies is another major reason for precious metals prices to lift. Gold’s initial spike after the Brexit vote was to be expected after such a historic geopolitical event, but its sustained growth will be tied to the loss in value of the pound, euro, and other world currencies. The Shanghai Gold Exchange has indicated that Chinese demand for gold is rising again. China is one of the world’s largest gold consumers, and is currently facing a currency crisis of a devalued Yuan and lagging economic growth.

What this means for investors: Investors are seeing many indicators that gold prices will continue to rise post-Brexit. Central banks are scrambling to find solutions to stave off crisis and global economic slowdown and running out of ammunition. As many in leadership and the media attempt to assuage concern about the effects of the British exit or even the possibility of it even happening, it is imperative to remain aware of the other threats to the global financial system.

What’s Next for Gold Bull Market after Brexit
Read Here