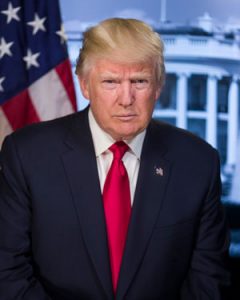 The Dow closed 187 points up on Friday settling just over 20,000. Investor confidence got a boost as President Trump repeals Dodd Frank regulations. Goldman Sachs and other banking institutions were once again the big winners (unsurprisingly).

The boost came Friday afternoon after President Trump signed an executive order halting some of the regulations of the Wall Street Reform and Consumer Protection Act (better known as the Dodd Frank Act). The executive order will allow banks to leverage more with fewer regulations inhibiting lending and trading.

What this means for investors: For now, the order is a temporary suspension to assess which components of the act will be repealed and replaced. The act was designed to prevent another financial crisis akin to 2008 by putting checks on financial institutions. Some argue that the act did not go far enough or that its regulations actually benefited bigger institutions while hurting small, community banks. Regardless, a repeal is going to raise uncertainty in the markets and ultimately benefits Wall Street.

After a modest pull-back on price at last week’s close, this week the spot price of gold broke above $1,200 again. Silver was trading up slightly as well. Many of the same factors affect both metals. 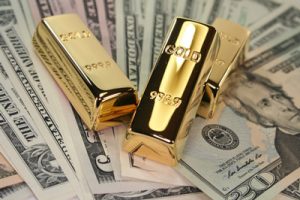 Some of the events that gave metals a boost include a weaker dollar, safe haven demand in the U.K. and U.S., and the Federal Reserve decision not to raise interest rates.

Gold demand in the U.K. spiked this week. British Parliament voted overwhelmingly to approve the triggering of Article 50 to begin the process of leaving the EU. Investors in the U.K. are seeing gold as protection against the volatility this will bring to the pound. Last year after the Brexit referendum vote, metals prices got a massive boost.

What this means for investors: The Dow climbed back to 20,000 on Friday. It initially broke the historic mark last week, but struggled to maintain it until Friday. Gold prices were also up on Friday, so the stock market strength appears to not be adversely affecting metals at this time.

Why Are President Trump and Bill Gross Predicting the Dollar Is Too Strong? 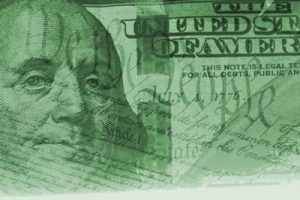 As gold breaks above $1,200 this week, weakness from the dollar spurred gold’s rise in part. Lately, the dollar has been showing considerable strength, which generally weighs negatively on gold prices. A weaker dollar may become the new norm though.

President Donald Trump made comments to the Wall Street Journal this week that the dollar is too strong. Billionaire investors Bill Gross echoed these sentiments this week, saying that a strong dollar is a threat to growth. A strong dollar makes U.S. goods and exports less attractive to foreign buyers.

What this means for investors: Weakening the dollar will drive long-term growth overall by making products cheaper, and hence more will be sold overseas. For gold and precious metals, a weaker dollar means prices will go up. The dollar also showed considerable strength last year, but uncertainty has been driving gold. We have already called the low for gold prices for 2017, and this trend could be an important factor in driving a gold rally.

The Federal Reserve left interest rates unchanged on Thursday following their meeting in Washington. Janet Yellen noted that there were increasing levels of optimism among investors and 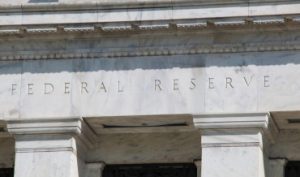 consumers, but not enough for a rate hike.

What this means for investors: Low interest rates are favorable to gold. The Fed appears to be maintaining a similar, dove-ish position as last year where Yellen talks ambiguously of improvement to the economy, but displays hesitancy towards lifting rates.

Why Are President Trump and Bill Gross Predicting the Dollar Is Too Strong?