No One Is Talking about the 1.4 Trillion Dollar Budget Deficit for 2016

$1.4 Trillion Dollar Deficit That No One Is Talking about

In the 2016 fiscal year, the U.S. hit a 1.4 trillion dollar budget deficit, and no one is talking about it. October marked the start of a new fiscal year, and 2016 closed with a deficit three times larger than the previous year. It is the third largest increase budget deficit ever. The two times the budget deficit increase was greater was in 2007 and 2008 as the financial crisis and Great Recession hit. In comparison to those years with massive bank bail outs by the federal government, this year has been relatively normal for the federal government. So why has the deficit become so out of control?

Even the U.S. presidential candidates are not talking much about the budget deficit. Both are calling for increased spending initiatives. Although they differ on tax plans where the spending would increase, analysts mostly agree that both candidates would add further to the deficit.

What this means for investors: Budget deficits are dangerous. Some of the factors that contribute to budget deficits are slow economic growth, high unemployment, and high government spending. A deficit can be telling about the health of an economy. The budget deficit is at an unsustainable level now. It will be virtually impossible to pay back. Eventually, debt default might be the only option. 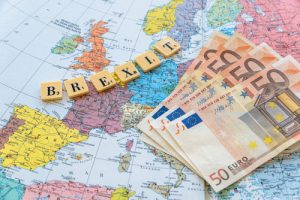 Pound sterling hit 31 year lows this week in a flash crash. On Friday it was lower than the Euro (which also fell). The weak EU currencies shored up the dollar to have a strong week, which contributed to some of gold’s pull back this week.

The pound’s fall was du to Prime Minister Theresa May’s announcement that the United Kingdom would trigger Article 50 of the Lisbon Treaty by March 2017. Article 50 is the protocol to begin the process of an EU member nation leaving the union. May hinted that the exit would be a “hard exit”, with the U.K. losing access to the single European market.

What this means for investors: Regardless whether there was a “fat finger” error, the pound’s flash crash shows that Brexit politics will still weigh heavily on the currency. The Bank of England has been devaluing their currency since June by pumping cash into the system and cutting interest rates to record lows. When currencies devalue, gold becomes more desirable as a stable measure of wealth. 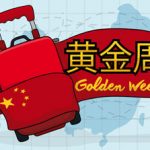 Gold had a slow week and receded from some of its recent gains. One reason was that the Chinese markets, one of the biggest buyers of gold, were closed all week for the Golden Week holidays. The lack of trade in the Chinese markets weighed heavily on metals across the board.

Silver fell with gold, as it generally does. Next week when the Chinese markets open again, it is likely they will use the price dip as a prime opportunity to start buying it up again, as they generally do. In addition to China increasing gold holdings, Russia is also using this opportunity to shore up gold reserves.

What this means for investors: As the Chinese yuan and Russian ruble devalue, the governments are holding more gold to safeguard against crisis. Price dips in this uncertain economy are lucrative buying opportunities.

What Employment Numbers are Telling about the Economy 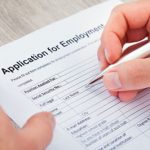 In the latest jobs report from the Department of Labor, data showed that unemployment crept slightly higher to 5%, and the U.S. had added 156,000 jobs. The labor force participation rate is just over 50%. The data was fell short of expectations, however. All in all, it was a mixed report. It was likely not negative enough to scare the Federal Reserve away from a December rate hike, but it was not solid enough to impart any real confidence to investors about the state of the economy.

What this means for investors: The labor market has recently been one of the few positive forces in the economy with some solid numbers in July and August following dismal figures in the spring. It is sending mixed messages, however, and has been all year. Precious metals are a key way to protect against such market uncertainty.

$1.4 Trillion Dollar Deficit That No One Is Talking about

What Employment Numbers are Telling about the Economy