Negative Interest Rates: Coming Soon to a Central Bank Near You?

Negative interest rates have become “the new agenda” at Central Banks recently in Europe and Japan which signals good news for gold. 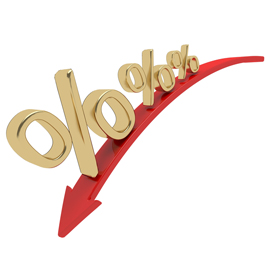 The proliferation of negative rates around the world is good news for gold. Investors are piling into gold, seeking shelter amid concerns that a turn towards negative interest rates in some countries is threatening to destabilize the global financial system. Gold soared to $1260 last week, its highest level in 12 months. One of the biggest factors behind gold’s rise has been negative rates.
Negative rates are in effect a tax on savings. Let’s say you have $100,000 in savings. If your bank had a negative interest rate of 0.5%, your fee to the bank for holding your money for you would be $500. You can store your ca at home (which is not the safest option) or as the recent rise in gold suggests, buy more gold. It is no surprise that the sales of home safes have nearly doubled recently. When rates fall below zero, gold becomes an even more attractive safe haven. 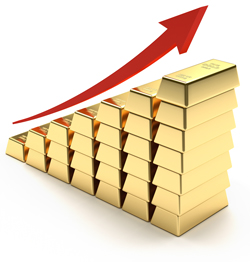 The lesson to learn from this is to not hold wealth in the form of paper currencies. There has been a strong surge of demand for physical gold and silver in the US thus far this year. Obviously, more people are taking steps to protect their wealth.

As the WSJ explained, “Gold typically struggles to compete with any yield-bearing investments when interest rates rise, but that disadvantage matters less when borrowing costs are negative, opening the path for more investors to hold the metal. Its rally is another sign of how fearful some gold investors have become that central banks are increasingly powerless to prevent a financial meltdown”.