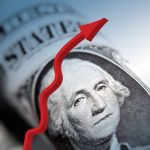 Gold was hit hard this week as the dollar hit 14-year highs and the Federal Reserve raised interest rates a quarter point. Janet Yellen – Chair of the Fed – also announced that we can expect one more hike in the first half of 2017 and three in the latter half. In a rising interest rate environment, gold tends to pull back as a non-interest bearing asset. The strength of the dollar is also holding back gold prices.

U.S. stocks rose Thursday in anticipation of the rate hike, and the Dow nearly reaching 20,000. The markets, however, pulled back some when Yellen’s announcement finished as she cautioned against over-stimulative fiscal policy in the coming months – a direct jab at some of the policies President-Elect Trump has pledged for his term.

What this means for investors: The markets and analysts have been anticipating an interest rate hike for sometime now, and had mostly adjusted accordingly for the hike already. However, the strength of the stock market rally is beginning to trigger fear that it is overvalued and vulnerable to a burst soon. The U.S. market strength is also beginning to raise fear of a negative effect on company earnings with too much overseas exposure. 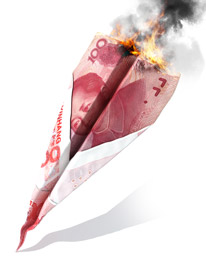 This week the Chinese bond market plunged so spectacularly that it was forced to close during the trading day on Thursday. This followed after the Federal Reserve rate hike announcement that same day. The 10-year Chinese treasury yield experienced its steepest drop off in history. There was massive sell off with yields jumping to 3.45%. Yields and prices move inversely to each other, so a rise in yields means the bonds are undesirable and investors are selling.

After the beating that the bond market took, Chinese firms were forced to cancel over $7 billion worth of debt issuance. They cited unfavorable market conditions, higher borrowing costs, and expected inflation as the reasons. Afterwards, premiums on physical gold in Shanghai spiked. A further indicator of the constraints was the yuan hitting its lowest level against the dollar since 2008.

What this means for investors: The Chinese economy is becoming increasingly vulnerable. The Chinese central bank is running out of monetary options, and if the Fed does follow through on its promises to hike rates next year, Chinese bonds will continue to feel the pain.

News out of China gave gold a slight lift on Friday. China captured a U.S. unmanned underwater vehicle in the South China Sea causing some geopolitical tension. However, the latest out of the Pentagon indicates that the UUV will be returned. 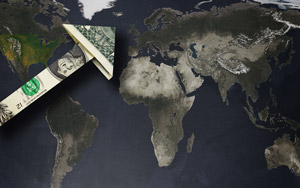 China was not alone among the emerging markets to take a dire blow from the surging dollar. Across the board – from South Africa to India to South Korea – emerging market currencies felt the shockwaves. Demand for physical gold in these markets went up and helped to shore up prices on Friday.

Turkey is one of the emerging market countries and an important geopolitical player in its region. Recently, it has recently gone as far as indicating it would welcome a gold backed economy. Turks have increased their gold holdings in recent months. They are favoring the metal over both lira and dollars. President Recep Tayyip Erdogan called on Turkey to embrace gold to combat “economic sabotage” that the global financial system is playing. The Turkish lira took a hit this week, but not as drastically as some of the other currencies.

What this means for investors: The emerging currency markets are already seeing inflation creeping in. Premiums for gold were higher in many of these markets than they were in the U.S. because of safe haven demand. The dollar is likely going to retain its strength for sometime. This will weigh on gold prices. As Turkey’s example indicates though, countries (particularly emerging markets) are beginning to look at alternatives to the dollar as reserve currency.

The head of FX strategy at HSBC, Daragh Maher, spoke about the decline of gold and the direction it will take under Trump protectionism. Problem loading video? Click Here to View.

What this means for investors: Maher believes gold will rally again after sometime under a Trump presidency. Right now the dollar and markets are responding to promises of tax cuts and infrastructure spending. Some of the protectionist policies Trump has pledged will eventually drive a gold rally though, in Maher’s assessment.