Why the Gold Bull Market Has Room to Run Yet 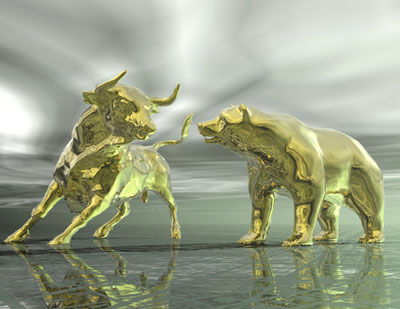 The gold bull market is not over yet. It still has some room to run. Gold price climbed slowly, but steadily this week after pulling back last week. Gold and silver both have been keeping rather quiet the past two weeks, but this week they edged higher.

Earlier this year, gold entered a bull market, according to many analysts. Some of the more gold-wary strategists are still skeptical whether it will continue. However the gold bull market is certainly far from over. The physical gold market is going to get a boost from greater demand in India, China, and Russia. It will also become more desirable as uncertainty increases and geopolitical tensions in South East Asia and the Middle East increase.

More apparent though is the structural weakness underpinning the U.S. and global economies. Stocks are caught up in a bubble and government bonds – once considered the safest investment – are trading at disturbing lows thanks to central banking monetary policy. U.S. debt tripled in the last fiscal year. Unemployment rates are not recovering as well as hoped, and GDP growth is sluggish. Even the IMF and OECD are warning about global downturn. It is only thanks to the utter weakness of foreign currencies that the U.S. dollar is still relatively strong.

What this means for investors: Gold and silver prices have both found support. It presents a prime buying opportunity. For investors looking for safe haven investing who cannot buy gold, silver is an attractive alternative. Silver has been rallying this year as well due in large part to safe haven demand.

How is the Presidential Election Going to Impact Gold? 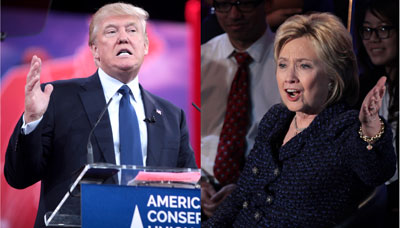 The prospect of either of the U.S. presidential candidates in the White House makes a strong case for buying gold. It is an election unlike any other with the two most polarizing candidates from the GOP and Democrat Party to ever run. Analysts speaking to Market Watch this week stated that a Trump presidency would likely see a sustained rise in gold price. A Clinton would cause an immediate rise, then some slowing, but a greater rise in the long run.

A Trump presidency comes with many unknowns given his lack of political experience to look to. Many of his promises will disrupt trade agreements, banks, and other established elements that will create some chaos for at least the short term as the economy adjusts. Gold will be attractive for its stability. There is also an anticipation of political volatility around his presidency that would spur some safe haven buying.

With tax increases and greater spending, a Clinton presidency would likely be inflationary. Gold prices rise with inflation, as gold is a hedge against it. Clinton’s hawkish foreign policy legacy could lead to more conflict and nation disruption in other parts of the globe causing investors to flock to safe haven gold as protection.

What this means for investors: There has rarely been such a climate of fear and uncertainty around a U.S. presidential election. Hedge fund managers, strategists, and top investors have been buying up gold all year, and buying is not slowing as November looms closer. Often investors buy gold when price is high and sell out of nervousness when it starts to fall. However, buying when the price pulls back is better protection against rising inflation and future uncertainty. There could be some more pull back in the near term as metals prices remained quiet and mostly stationary this week, but economic fundamentals point towards a resurgence in demand before the year’s end. 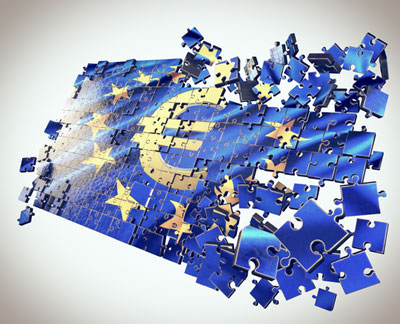 This week the European Central Bank decided to keep interest rates at current low and negative levels causing the euro to hit four-month lows. The ECB will continue buying 80 billion euros in government bonds per month until at least March 2017. Many of these bonds are trading at negative yields. With this easing policy, the ECB policy makers are hoping to stimulate growth, and yet they have missed target inflation rates for three years straight.

The ECB is continuing on its policy path that has been proving for years to be ineffective. This shows they are out of options. There are too many structural and cyclical problems in national economies and the EU at large. The Eurozone is going to remain mired in this stagnant climate until something triggers the system collapse. A few weeks ago Deutsche Bank sent a rumbling through the system. Chinese and Gulf investors are now preparing to buy up 25% of the bank, which has lifted its stock price again for the time being.

What this means for investors: Immediately after Mario Draghi’s announcement, gold climbed higher. The dollar also gained against the weak Euro and Pound, however, which eased back gold prices slightly. Generally, gold does better in a low interest rate environment, so low interest rates are favorable to metals. When Europe finally emerges from this limbo it is stuck in though, gold will surge as the fundamental problems of today’s fiat currencies are realized. 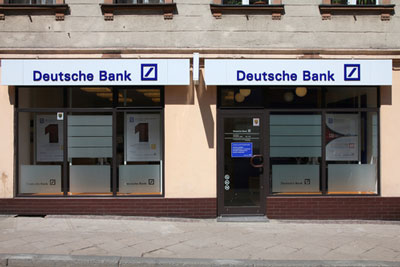 Deutsche Bank has been notorious in the news lately due to its stock plunge a couple weeks ago. This week it found itself in hot water again. The German bank was forced to pay $38 million to settle U.S. litigation over allegations that it had violated U.S. antitrust laws. It was found to be fixing silver price at the expense of investors. The bank was attempting to manipulate prices to keep them lower than they should be.

What this means for investors: The settlement is a small amount for a bank as massive as Deutsche Bank. This is an important step though in pulling back the curtain on the price and currency manipulations that goes on in these “too big to fail” banks. It also gives credence to those gold and silver investors that have been saying banking manipulation is glazing over structural problems in the system.

Why the Gold Bull Market Has Room to Run Yet

How Is the Presidential Election Going to Impact Gold