What Economic Indicators Are Saying About Trump vs. Clinton

The Markets’ Take on a Trump Presidency 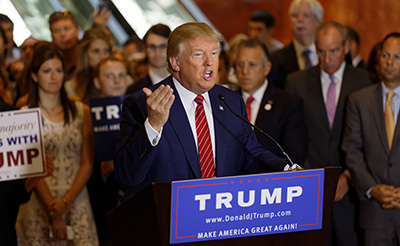 Presidential elections in the U.S. have significant impact on market movements. Even the anticipation of (before the candidate is even elected) what a candidate might do is impactful.

According to some hedge fund managers, there is a correlation right now happening between investors wanting to hedge against a market drop in the event of a Donald Trump presidency. The CBOE Volatility Index – or VIX – gauges volatility expectations and right now its projections are moving in line with Trump’s polling numbers according to CNBC analysis.

What this means for investors: The VIX can be indicative of what traders expect for the rest of the year. It is not an infallible predictor, however. Although some traders are expecting volatility, it does not necessarily mean a long-term negative for the markets 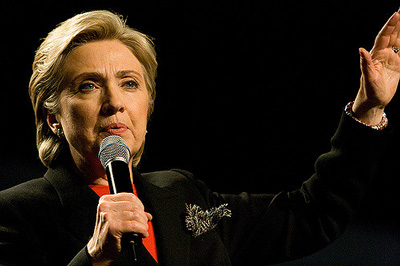 The economic data around Hillary Clinton’s chances is also worth noting. Some forecaster models are frighteningly accurate at predicting the outcome of U.S. presidential elections by taking into account unemployment, GDP growth, and inflation.

An economist at Yale – Ray Fair – analyzed the current race with his model based on these factors. The model has correctly predicted all but two presidential elections in the past hundred years. His results were emphatically in favor of a Trump victory. According to the assessment, a Clinton victory is impossible without 4% GDP growth. Growth is currently trudging at 1.2%.

What this means for investors: Of course, modeling data is not perfect. It is difficult to account for every variable, and this election is particularly volatile. A rate increase could be detrimental to the Clinton campaign based on the Yale model, but that doesn’t mean it still won’t happen. Regardless of victory, demand for safe haven investments like gold and silver will likely go up in the wake of the election if the economic data and slow growth continues.

Gold Advances after Fed Announcement from Yellen on Friday 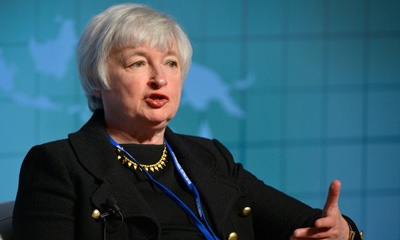 On Friday the much-anticipated Fed announcement on interest rates drove gold higher. Gold had retreated earlier in the week in anticipation of the Federal Reserve meeting in Jackson Hole, Wyoming. The previous announcement from Fed chair Janet Yellen had hinted at a rate increase happening soon, so many had thought that Friday’s announcement might finally give a concrete timeline for that hike to occur.

The analysis of Yellen’s speech, however, did not reveal anything new in Fed policy strategy. Yellen did reiterate that a rate hike soon would be appropriate, but did not give a certain date or further details. Rather, she said it would be “gradual” and “over time.” According to Fed Funds data, odds of a rate increase happening in September fell slightly to 28% from 32%. Given the Fed’s tone recently, a rate increase in September is certainly not off the table though. One analyst believes it would more likely happen in December rather than September.

The chief factors that the Fed took into consideration are unemployment rates, GDP growth and global economic uncertainty. While the data is not robust enough for the Fed to take a definitive move from its doveish stance, Yellen did state that the economy was nearing employment and growth goals.

It is also worth noting that on Monday, the Libor – London Interbank Offer Rate – hit a 7-year high even as interest rates have been falling. The last time time it experienced such a spike was prior to the 2008 crash. Most loans are linked to the Libor, and this could be a sign of system stress, as the Fed acknowledged in the most recent FOMC minutes. A rising Libor in these conditions could make the Fed more reluctant to raise rates.

What this means for investors: The markets had a mixed reaction. Generally gold goes up when interest rates are low because they are seen as a safe haven. The Fed board does not seem able to make up their minds at the moment and are continuing to stall on an interest rate hike. A hike too soon in a volatile economy could send the stock market crashing, which would eventually support gold. It is an unusual time in monetary policy and well worth following.

Markets Still Adjusting to Impact of Brexit on the U.S. 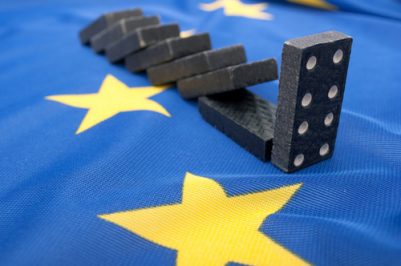 Brexit uncertainty still looms large in the minds of investors, bankers, and policy makers. In the initial fall out from the UK vote to leave the EU, the pound, euro, and most other world currencies plunged along with the stock market while the dollar and gold gained strength.

The initial frenzy soon died out, however. Stocks recovered and were hitting record highs within a month of the post-Brexit fall. The dollar and gold both remained robust as well though. The UK looks to be poised on the brink of recession now with the prospect of a long, arduous road of negotiations ahead to decide the nature of the UK – EU relationship.

What this means for investors: Economic uncertainty is at the forefront of monetary policy decision makers’ minds right now. Although the markets are not experiencing dramatic movement from Brexit right now, investors are still cautious about implications to come concerning Brexit. The economic data has still to be realized and analyzed, and until that point – and likely for a while after – the economic uncertainty will support gold prices.

The Markets’ Take on a Trump Presidency
Read Here

Markets Still Adjusting to Impact of Brexit on the U.S.
Read Here