The Dollar and Gold Currently in an Unorthodox Trend

The Dollar and Gold in a Complicated Relationship 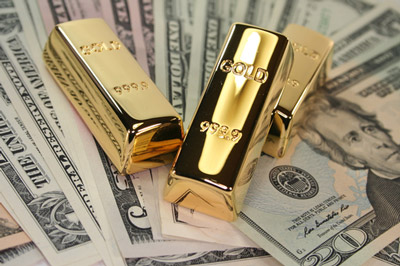 Traditionally gold and the dollar have an inverse relationship. When the dollar is strong, gold is weaker. Alternatively, gold rises on a weak dollar. However, we are currently seeing a dollar enjoying relative strength while gold prices are simultaneously over 25% into the green for the year. This trend defies history and is worth paying attention to.

Gold is priced in U.S. dollars, so one reason a strong dollar makes gold prices lower is because it becomes more expensive for foreign buyers. However central banking policy run wild around the world has many foreign investors seeking out safe haven investments like gold. Geopolitical turmoil and market volatility has increased the amount of economic uncertainty as well, raising gold demand. Non-government organizations like the IMF and OECD have recently issued warning reports of more global growth stagnation still to come.

Analysts at Citi believe that this dollar – gold correlation is a signal for more volatility ahead. Assets are becoming more interconnected as global financial markets become more intertwined, and the outcome is difficult for analysts to predict at this time.

What this means for gold investors: Gold’s slump from the last two years is over. Prices are at the highest they have been in two and a half years, and it is no anomaly. Silver is likewise performing strongly this year and has gained more than gold overall for the year.

Gold prices lifted on Wednesday in anticipation of an announcement from the European Central Bank that they would increase stimulus funding in the floundering Eurozone. The monetary easing policies that the ECB has already been engaging in essentially weaken paper currencies, which makes gold stronger as it becomes more attractive than holding the devalued fiat money.

The Bank of Japan last week also announced it would pursue such a policy of “helicopter money” to attempt to stimulate economic stagnation. Central banks around the world have been embarking on these monetary experiments, which has sent some into the negative interest rate territory.

What this means for investors: Some of the world’s largest economies are in a slump that they cannot seem to get out of. The U.S. dollar and markets are relatively strong in comparison, but the integrated global financial system cannot withstand the strain forever of monetary easing policy. The central banks are attempting to prolong an inevitable major downturn. Investing in gold and silver is a way to hedge against this financial risk. 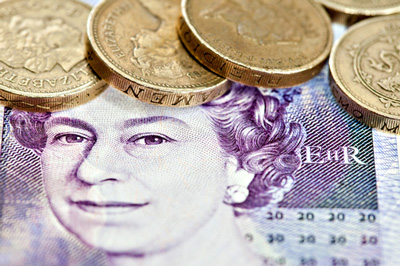 The pound, euro, and global stock markets all plummeted when Britain voted to leave the EU. Yet within a month they seemed to have regained at least some of the loss according to many media outlets that had backed the Brexit.

Yet the reality of the British economy is that it is shrinking and investors and policy makers are losing confidence. A couple months ago, the International Monetary Fund had reported that global economic growth overall was weak. After the Brexit vote, they cut projections even further.

The Bank of England could pursue monetary easing to attempt to stave off the slowdown. If Britain does leave the EU, they will possibly lose access to the single European market, which would hurt business across the board. One of Britain’s economic growth drivers – the service industry – was impacted particularly harshly by the Brexit vote.

What this means for investors: Demand for gold around the world is on the rise. More EU countries are now talking about having referenda to leave the EU. It is a foreboding sign that our current global financial structure could splinter. No one can predict the outcome, but it is certain that demand for gold will increase with the unknown.

Some Investment Analysts Predict Gold to $1500 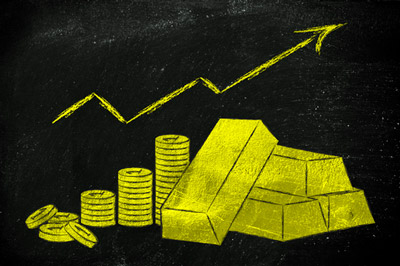 Many commodity and investment experts have agreed that gold has entered a new bull market. DBS Group Holdings Ltd., a Singapore-based bank, predicted the current rally well in advance and ahead of most. Low and negative interest rates are keeping demand strong, and with no rate hikes expected in the U.S. (and likely longer in other countries) until at least the end of the year, the rally is on track to continue.

Foreign exchange strategist Benjamin Wong stated this week that gold has had four major bull markets since 1970, and that this is another one. He also added that the markets have not dealt with the uncertainty of the U.S. presidential elections this year, and that could be a gold driver as well.

What this means for investors: DBS Holdings is advising investors to buy gold now. Their projections expect gold to climb to $1500 during this rally. Gold’s price dips this week made this week a prime buying opportunity.

The Dollar and Gold in a Complicated Relationship
Read Here