Correction Over? Gold Breaks $1300 This Week and Silver Rallies

Is the Correction Over? Gold Breaks $1300 This Week 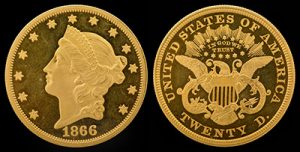 Gold prices broke through to $1300 this week for the first time in nearly a month signaling that the correction of the last few weeks could be over. It closed the week at a four week high after starting the current rally the previous week.

The announcement following a Federal Reserve meeting was an important trigger for gold’s movement on Thursday, however, earlier in the week gold had already started its upward move. The Fed announced – unsurprisingly – that there would not be an immediate interest rate hike. No one expected them to hike rates immediately before the election. Yellen did, however, say that there is a stronger case for a rate hike now in December. Last year, the Fed promised four rate hikes this year. So far there have been zero. The fear now is that they missed their window of opportunity for hiking rates without dire repercussions.

What this means for investors: The Fed’s reluctance to move on raising rates speaks to the weak fundamentals of the current economic climate. The fear is that the stock market is too inflated and could not sustain raised rates. Precious metals are more desirable in a low interest rate environment because of a lower yield on interest bearing assets.

Why Are Investors Protecting Now with Gold? 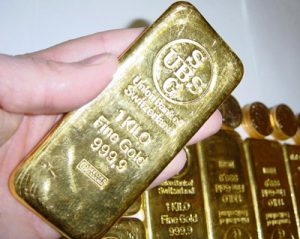 There are a number of other reasons investors are increasingly moving into gold. Election fears certainly are playing a significant role at the moment. Analysts predict that either candidate’s economic plan is going to create an environment where gold will thrive. Both have pledged increased spending when the U.S. is already running a budget deficit of over $400 billion. Gold jumped last week immediately following the announcement of the FBI re-opening the Clinton e-mail investigation.

On Friday the U.S. Labor Department released its monthly jobs data report. The data was neutral. It neither missed nor exceeded expectations, though expectations have fallen slightly recently. It impacted gold at first pushing down the price a small margin, but gold prices re-gained later in the day.

Another major source of the surge in gold demand is from foreign governments buying up greater reserves of physical gold. Russia aims to double its gold trade in the next three years. China has also increased buying this year and moved into the slot of number one buyer in the world.

What this means for investors: Gold demand will increase through the next year. Investors are increasing gold holdings now as protection for the future.

Silver – The “Common Man’s Gold” – Rallies with Gold This Week 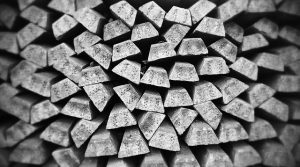 Silver rallied with gold this week as it often does. Its prices are moving from some prior resistance into support. The metal moves much more sporadically than gold despite being influenced by many of the same factors.

The fundamentals are in place to take silver higher. Central banking monetary policy, the prospects of the U.S. election, and slowing economic growth are all conditions which will drive safe haven demand and lift silver prices. Silver may experience some more resistance in the short term before breaking out further, but conditions are in place for gold and silver to experience massive rallies.

What this means for investors: Price corrections are the time to buy. Many investors wait until metals prices take off – buying high, and selling low – instead of taking advantage of price pull backs to protect against the future. Gold and silver have both had stellar rallies all year and moved into new bull markets. As this week showed, price pull backs can quickly shift into rallies. Regardless of when you buy however, gold and silver will always be valuable long term investments. 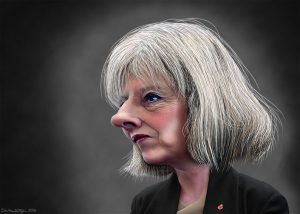 News on the Brexit negotiations shook the markets on Thursday. Prime Minister Theresa May has promised that Britain will enact Article 50 of the Lisbon Treaty by March next year, thereby kicking off exit talks for the country to leave the European Union. However on Thursday, the UK High Court ruled that Britain could not trigger Article 50 without Parliamentary approval.

Those who voted to leave the EU reacted indignantly given that the referendum was approved by Parliament. Many “Leave” campaigners are speaking out against the usurpation of the peoples’ will by the courts. The fear is that not enough members of Parliament will be willing to vote to uphold the popular vote, and that the June referendum will be null.

What this means for investors: The post-Brexit fears of uncertainty caused the markets to plunge along with the Euro and pound sterling. The dollar’s recent strength was buoyed by some of this currency aftermath reaction. The Thursday announcement however gave the pound a modest boost after it has been sitting at 31 year lows.

The worry now for investors in regards to Brexit is that discussions will be dragged into a political quagmire extending uncertainty for some time. Theresa May acknowledges that the problems of what was to be a long, complicated process are now compounded by the High Court ruling. After the referendum, Britons and Europeans flocked to safe haven gold investing, and it seems likely the shift to gold will continue as Brexit talks extend.

Is  the Correction Over? Gold Breaks $1300 This Week

Why Are Investors Protecting Now with Gold?

Silver – the “Common Man’s Gold” – Rallies with Gold This Week