What the Brexit Vote Means for Gold, Stocks, Currencies, and Banks 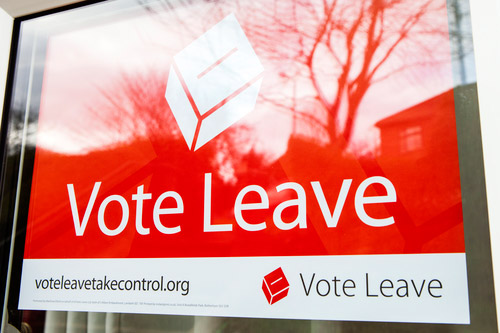 On Thursday, Britain voted by 51.9% majority to leave the European Union. By Friday morning, the global markets – mostly poised for a “Remain” vote – were in chaos as the Brexit spurred a massive sell-off. This is a monumental event of which the significance cannot be stressed enough. It will be a catalyst for major global economic and political changes.

The Brexit aftermath: How the markets reacted:

What this means for investors:

Gold has not hit its peak yet. We are already seeing a massive flight to safety in gold, and as the global markets continue to reel, gold prices will continue to climb. These moves were a reaction to only one day after one vote. As the effects of these events continue to rock the markets, gold will move higher.

Experts like Dennis Gartman expect gold will keep rising. Those who bought in the past couple weeks when prices dropped back are now seeing great returns, but this is still a prime buying opportunity.

More Market Chaos and Volatility to Come; “Tip of the Iceberg” According to Alan Greenspan

The former Federal Reserve Chair said Friday on CNBC that this is the worst financial period he can recall – worse even than 1987’s Black Monday when the Dow dropped 23%. Greenspan also said that the euro currency is an “immediate problem,” and shows that the Eurozone and EU political integration has failed.

What this means for investors: Ultimately the Brexit vote was a political vote more than economic vote. It was a vote against European integration. Established systems in Europe are crumbling, and with such major disruption, the global economy is poised for an even worse crisis than the previous. The collapse of the euro is not just the collapse of one country’s currency; it is the collapse of nineteen countries’ currencies. Demand for gold will rise against such global uncertainty

The Domino Effect of the Future of the EU 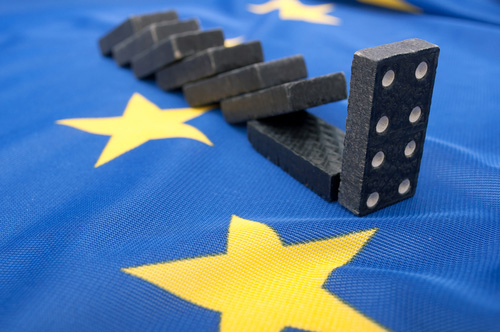 Several EU countries have already voiced a desire to hold their own referenda on leaving the EU as well. Leaders in the Netherlands, Italy, and France have called for national referenda. These are especially significant because these are three of the original six members of the EU’s precursory organization and all use the euro. In Austria – a country receiving a large influx of immigrants and with a strong right wing party – 40% want a referendum held. Polls have also indicated that the Czech Republic, Hungary, Denmark, and Sweden could likely vote to leave in a referendum.

What this means for investors: The EU’s future is dire. Alan Greenspan also said Friday on CNBC that despite its efforts to prop up banks, the European Central Bank is limited in what it can do, due to the economic stagnation in the Eurozone. The Southern Eurozone is funded by the ECB and Northern zone, which is a fundamental problem without a clear or easy solution. The “Brexit” is like the first major leak in a dam, and it will spread and set off others until the dam finally bursts. Gold’s post-referendum spike is just the first upward move that will inevitably accompany this crisis.

What the Brexit Vote Means for Gold, Stocks, Currencies, and Banks
Read Here

More Market Chaos and Volatility to Come; “Tip of the Iceberg” According to Alan Greenspan
Read Here

The Domino Effect of the Future of the EU
Read Here