Boris Johnson says Britain will begin Brexit talks soon. Johnson, the British Foreign Secretary and staunch “Leave” vote advocate told the Italian prime minister this week that Brexit talks could begin as soon as early 2017. Boris Johnson, the former mayor of London, campaigned heavily for Great Britain to leave the European Union, which was voted for by referendum in June this year.

The aftermath of the Brexit referendum saw a massive downturn in the global markets and most world currencies fell.  The U.S. dollar strengthened as did gold and silver as demand surged for safe haven, wealth-preserving assets. Within a few weeks, however, much of the investor fear had subsided, and the political will to move forward seemed to fizzle out as the British government changed hands after David Cameron’s resignation as Prime Minister.

Under the legality of the Lisbon Treaty, the next step to leave the EU is for Britain to initiate two years negotiations with the EU as to how the separation would happen. The Treaty’s Article 50 allows for a member nation to leave, though it has never been done before.

Johnson’s comments this week to his Italian counterpart Paolo Gentiloni are significant because new PM Theresa May is so far seeming to procrastinate on starting the process. President of the European Commission Jean-Claude Juncker, French president Francois Hollande, and UKIP leader Nigel Farage have all said that the process should begin as soon as possible.

What this means for investors: Demand for gold and silver surged after the initial referendum. Many investors in Britain and the Eurozone began to buy gold for the first time as they watched their currencies’ value plummet. When Britain does sever its EU membership, the pound and sterling will take another significant hit, which will drive precious metals prices.

The post-Brexit flight to gold illustrated how the value of gold is not denominated merely in spot price. It is a hard, valued asset that survives when currencies collapse. 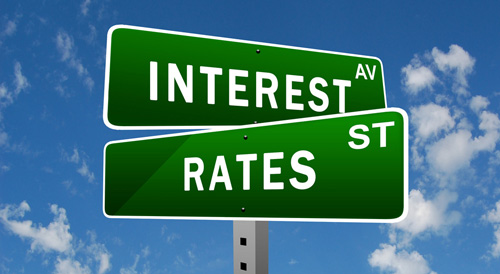 Gold prices closed out the week on a pullback as markets wait for announcements next week from the Federal Reserve and Bank of Japan about where interest rates are going next. The Asian markets – including China, which is currently the world’s largest gold buyer, Taiwan, and South Korea – were closed Friday for a holiday, which also contributed to the Friday pull back.

In the case of the Bank of Japan, investors are waiting to see if the government will inject more stimulus. Some believe interest rates in Japan could be slashed even further. On the U.S. side, there is mixed expectation of whether the U.S. will raise rates.

What this means for investors: Central banks do not know what to do anymore. Former Fed Chair Alan Greenspan warned this week that ‘crazies are running the system.’ With central banks in Europe, the U.S., Japan, and Great Britain running out of options on monetary policy, gold will become a highly desired asset in the future. Gold has been moving in a bull market all year, and price pullbacks like this are a prime buying opportunity.

A Perfect Storm of a Correction is Coming 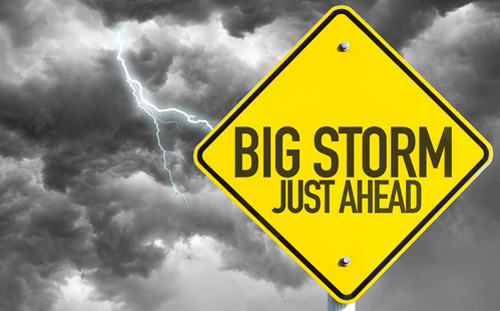 A sharp stock market pullback may be imminent, according to economist and strategist David Rosenberg. Last Friday the stock market took a resounding hit when a Fed official hinted at an interest rate hike to come. Prominent investors and strategists have been warning of an impending stock market bubble burst for some time.

Stocks fell the previous week after a Fed official hinted at raising rates. Rosenberg’s analysis was not merely based on Fed policy however. He also cited an overvalued stock market, investor complacency, and sluggish economic growth. Overall global economic growth is even slower than in the U.S.

What this means for investors:  Although an interest rate hike would initially shake gold prices, when the stock market undergoes such a sharp correction, investors will start shifting demand to gold as a safe haven asset. CNBC’s Delivering Alpha conference this week featured chief hedge fund managers, investors, and strategists whose analysis of the economic outlook was, for the most part, uncertainty and gloom. Nearly all have been moving more holdings into gold as protection against global uncertainty.

Have We Entered a Recession?

A series of graphs in this article illustrate that the U.S. could be on the brink of another recession. The four policy drivers of the economy are monetary policy from central banks, fiscal policy from the government, and microeconomic policy from corporations.

On the monetary policy, as already discussed, central banks are unsure what direction to take anymore. Stimulus, negative interest rates, and helicopter money has not been fixing problems, merely providing a means to ignore them for a little longer. Fiscal policy from elected officials is wrought by partisanship and ineffectiveness. Corporations are guilty of misallocating capital. Ineffective – and dangerous – policies from these three frameworks would result in the ‘perfect storm’ of a market correction, which leads to recession.

What this means for investors: Gold protects wealth during recession. Silver can similarly protect your portfolio in a weak economy. Many first-time metals investors are finding silver is a good starting point towards diversifying their portfolio. It’s a cheaper option than gold, follows most of the same market trends, and is up more than 25% this year.

A Perfect Storm of a Correction is Coming

Have We Entered a Recession?