What Bitcoin and Cryptocurrency Means for Gold Investors

These are all hot buzzwords right now whether in the media, on the internet, or in casual conversation.

With all the attention they are getting though, the world of cryptocurrency is still new and murky for most people. In this article, we want to clear some of the mystery around how bitcoin and cryptocurrencies work, what their implication is, and what it means for gold and your money.

Bitcoin is just one of several virtual currencies or “cryptocurrencies,” albeit the one with the most recognized name. Cryptocurrencies are also called “blockchain” currency and can be acquired through virtual mining or trading on dedicated, crypto-coin trading platforms. Other popular cryptocurrencies you may have heard about are ethereum, litecoin, and ripple, but there are over 700 different kinds. Still other cryptocurrencies (such as GoldMint, Onegram, and Xaurum) are already linked to physical gold. With so many cryptocurrencies up well over 1000% since the beginning of 2017, many investors are eager to ride the craze and make a massive return on their investment.

The basics. How does the blockchain and mining work? 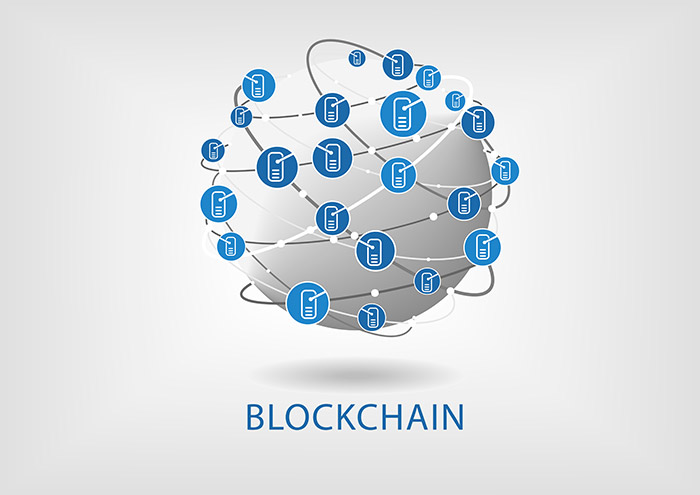 Similar to gold, there is a finite amount of bitcoin, which helps ensure its value. In total there are 21 million bitcoin that can ever exist. Once they are all mined, there will never be anymore unless the protocol changes. So how exactly do you mine for bitcoin? It has to do with how blockchain technology works.

Blockchain technology was devised for bitcoin by an unknown person or group of people under the pseudonym Satoshi Nakamoto. The blockchain has no single, centralized location. Rather, information stored on the blockchain is held by a shared, continually updated, and reconciled network. Essentially, millions of computers are hosting it simultaneously meaning that the information and records are public, verifiable, and has no single source that could be hacked or corrupted.

A full discussion of what blockchain means is beyond the scope of this article. For a fantastic summary, read more about how blockchain technology works here.

Are you a visual person? Get up-to-speed with this excellent six minute video below:

The real value of bitcoin and crypto currency technology – The Blockchain explained from Sebas van den Brink on Vimeo.

How do you buy or sell bitcoin?

Bitcoin is “mined” by each computer that is connected to the blockchain network. The connected computer uses a client that validates and relays transactions. The blockchain is automatically downloaded when it joins the network. “Mining” is a bit of a misnomer, however. What each computer is actually doing is competing to win bitcoins by solving computational puzzles. Bitcoin mining requires a tremendous amount of power to run efficiently.

A user stores his or her bitcoin in a virtual, encrypted wallet. It can only be accessed with an encrypted password, and has both public and private “keys” that enables the user to enact a transaction. Bitcoin and cryptocurrencies can be exchanged through dedicated, online coin trading platforms such as Coinbase or Coindesk (among others).

What is the difference between the various cryptocurrencies?

Bitcoin is a specific brand, but it has become a generic name for all cryptocurrencies. Some cryptocurrencies are up about 2000% (litecoin) or in even more extreme cases 8000% this year (ripple). They share the same basic blockchain features, but have different draws.  Another thing they all have in common is extreme volatility. 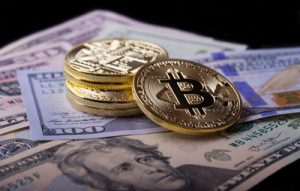 There are many who think blockchain cryptocurrencies could eventually be the primary means of exchange for goods and services. In fact some companies accept bitcoin payments already. However there is also usually high transaction costs associated with bitcoin.

Furthermore, there is no way to ensure price of bitcoin. It is an incredibly volatile mover. On multiple occasions its moved up or down thousands of dollars in only a couple minutes.

The governments of countries like South Korea and China (where the cryptocurrency craze is red hot right now) have even undertaken moves to ban or limit its trading. One of these most recent government crackdowns in South Korea prevents any new cryptocurrency accounts being opened. On January 8th, there was another huge daily crash by all the cryptocurrencies (especially ripple). This followed news that China could start pushing out crypto miners. China has the largest percentage of cryptocurrency servers in the world thanks to relatively cheap hydroelectric and coal power to power mining efforts.

Pros and cons of bitcoin

One of the most obvious pros is that bitcoin is up about 1500% for the year (others cryptos even more), and some buyers have become millionaires from it. Another significant attractor is the decentralized nature of it. There’s no central authority that controls it, so it has a high degree of transparency.

However the lack of regulation could also be a huge pitfall. When cryptocurrencies were getting routed right before Christmas, Coinbase suddenly went offline. Thus if investors wanted to get out that day, they couldn’t. If there is nowhere to trade, then it is essentially worthless and the money spent to purchase it vanishes. Trading platforms have also been hacked and lost millions of dollars of crypto. With no regulating authority, there is no security that its value will be ensured. There have also been cases of bitcoin holders losing their wallet key or throwing out hard drives that hosted their wallet. In England, one man’s bitcoin worth over $1 million ended up in a landfill by accident.

What’s more, these cryptocurrencies are incredibly volatile movers. Don’t buy bitcoin unless you like the thrill of huge risk (albeit with a huge reward prospect).

Bitcoin mania: is it a bubble?

Numerous analysts and experts say that yes, bitcoin is a bubble. If it is a bubble, it’s already dwarfing other financial bubbles such as the Nasdaq in the late 90s and the Dow in the 1920s. Take a look at the chart referenced below or by visiting the original source here. 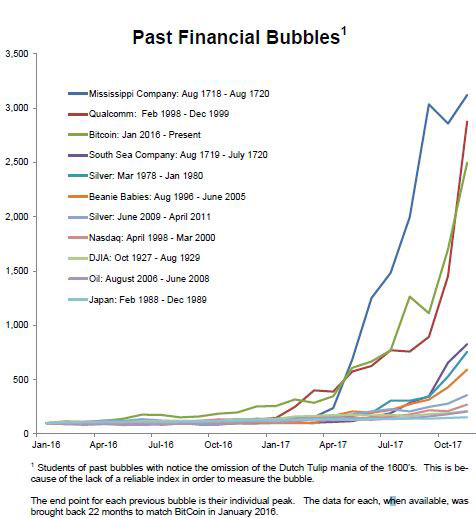 Not only is it a bubble, but there are other risks. Jordan Belfort, the real “Wolf of Wall Street,” warned further about the danger of an unregulated commodity like bitcoin. He called it a massive pump and dump scheme, and that while the crypto world has many promising possibilities, it’s an almost guarantee that it will eventually come crashing down.

What bitcoin and cryptocurrency means for gold: volatility vs. safe haven

Gold and crypto are polar opposites in many ways. Crypto is volatile, gold is a safe haven. Gold is long term security and storage of wealth, crypto…we don’t know yet. Right now, with bitcoin prices rising and falling thousands of dollars in such short time spans, it is too volatile to be considered “safe,” even if blockchain is the way of the future. Cryptocurrency does have some of the same draws that gold does, however, so demand for bitcoin has weighed negatively on gold demand. Buyers like its decentralized nature and the privacy of holding it in an encrypted wallet. Because of that, people have been selling gold, taking out mortgages on homes, and gambling their savings on bitcoin.

Just as the two assets themselves, investors are torn on the true long-term value of the crypto craze. Where do you stand? Have questions? As always, we are studying the markets, so let us know.