Ben Bernanke’s Forecast for Interest Rates, and a Look at the Global Economy 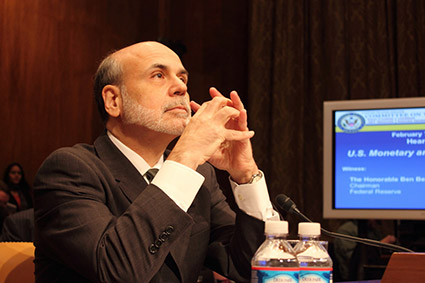 For months now investors have been expecting the Federal Reserve to raise interest rates. Events such as the May jobs report data, the June Brexit vote, and a lack of economic growth in Q2 have forced the Fed to continue to delay hiking rates. There is much speculation that September could finally be the right moment for the Fed.

However Ben Bernanke, former chairman of the Federal Reserve from 2006 to 2014, said this week that his successor, Janet Yellen, would be reluctant to raise rates for a while yet. Partly this is due to the Fed making incorrect predictions over the past several years, and thus being overly cautious lest it blunder again. In addition there is conflicting economic data, which adds a strong air of uncertainty to any decision making that the central bank takes.

December 2015 marked the first rate hike in nine years, and at the time the Fed forecasted four more to happen in 2016. So far there has been zero, and it is not our of the realm of possibilities that none will come in 2016.

What this means for investors: If interest rates stay low, gold will continue to climb. However what is more noteworthy is the lack of hard data to support a strong economy. The Fed’s reluctance to raise rates indicates that the U.S. economy cannot support higher rates. With such weakness, demand for gold and silver will continue to rise with safe haven demand. 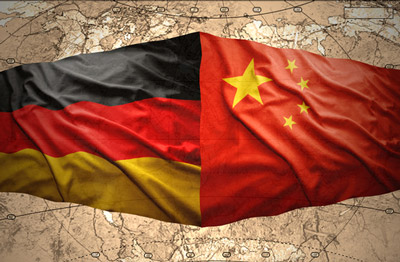 China and Germany, the world’s second and fourth largest economies respectively, are showing dangerous signs of weakness. Chinese economic growth rate fell to a twenty-five year low last year, and the hard data indicates that the slowdown will continue. For one, both Chinese imports and exports fell more than expected for the month of July. In addition, retail sales are not hitting expectations, and fixed asset investment is down. The International Monetary Fund projects Chinese economic growth to fall below 6% by 2020. According to a UBS assessment, China has also begun to bail out its banks.

Germany’s economy accounts for one fifth of the Eurozone’s GDP, and a flailing Germany economy could easily infect every other country in the 28 country trading bloc of the EU. European Central Bank interest rates are still at negative as they attempt to pump stimulus into the economy. German bonds are trading at negative yield. Germany industrial, energy, and construction sectors all shrank in quarter 2, and high inflation was a hit on real incomes. HSBC economist Rainer Sartoris said this data does not even account for the impact of Brexit. The impact of this data will be seen later in the year.

What this means for investors: Japan, the world’s third largest economy, is in even more dire straits than China and Germany. While U.S. stocks rally and some interpret this as economic robustness, with such international strains on the global economy coming from these economic powerhouses, the system has dark clouds looming ominously over it. The global system is too far integrated for everyone not to eventually buckle under the continued pressure of stagnant economies.

The Brexit vote by Britain to leave the European Union in June this year wreaked havoc on the markets before the initial fervor fizzled out a few weeks later. British politics underwent a re-structuring with Theresa May taking over as Prime Minister from David Cameron and forming a new cabinet. The opposition Labour Party debated changing leadership from far left populist Jeremy Corbyn – who fiercely opposed Brexit – but without effect. May, like Cameron, is opposed to the British exit, however maintains she will uphold the “Yes” vote and enact Article 50 of the Lisbon Treaty, which would begin the two year process of negotiations around the mechanics of how an EU member state would leave.

After the Brexit vote, the British pound fell to its lowest in over thirty years. The Bank of England has also recently lowered interest rates in an effort to stave off recession. A recent study is indicating that the British economy will further contract if it loses access to the European single market.

The EU was originally designed as an economic union where countries could engage in free trade and movement of goods and services. If Britain leaves, this would have a dire impact on many businesses that depend on this access to sell products and services to a wider customer base. Because of Great Britain’s significant financial sector, some even predict lack of EU market access could shrink the British economy by 7%.

What this means for investors: The Brexit vote spurred record demand in Britain for gold and safe haven investing. Gold prices spiked after the Brexit vote due to fear and uncertainty. The outlook for Britain continues to be uncertain. It’s yet to be seen whether the nation will actually leave the European Union, but if it does, there will be significant impact that will stifle economic growth in Great Britain and the Eurozone for some time.

Gold and Silver Close the Week with a Rally 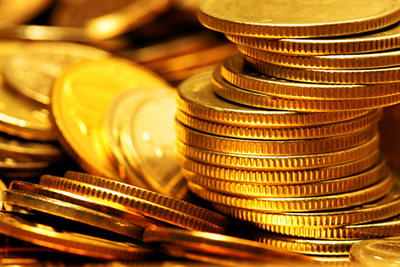 Gold was up Friday snapping back from a losing streak earlier in the week, maintaining its 28% climb for the year and closing out the week just over $1,350. Earlier in the week stocks had enjoyed a solid run as gold pulled back. Gold closed in the green even as the Nasdaq still managed to close Friday at a record high. This was due in part to retail sales for July doing less than expected and wholesale prices plunged the most in the year.

These are worrying signs the economy is not as strong as the stock market and the labor data report from July seem to indicate. Economic growth is not as robust as many have anticipated.

Silver was also up on Friday at just over $20. The white metal continues to perform for the year and is up 30%.

What this means for investors: There has been an unexpected correlation in recent weeks where the U.S. dollar and gold are both gaining. Historically the two are inversely related. Many experts are saying that gold still has a ways to run in this bull market, and data like this would seem to support that projection.

Gold and Silver Close the Week with a Rally
Read Here